34-year-old West Australian Chanelle Carter was killed, along with two others, in a cycling accident yesterday in Spain. 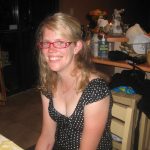 The Spanish news website El Mundo is reporting that a group of 60 cyclists was polughed into by a van near Tarragona, south of Barcelona.

Ms Carter was in the group and El Mundo reports she was taken to hospital where she died from her injuries.

Alcoa confirmed that the 34-year-old was employed by the company.

The crash comes five years after 29-year-old South Australian Amy Gillett was killed and two of her Australian teammates critically injured when a driver ploughed into the elite cycling team during a training run in Germany.

The CEO of the Amy Gillett Foundation, Tony Fox, says his heart goes out to the woman’s family, friends and riding companions.

Mr Fox says the deaths are a tragic reminder of the need for awareness from motorists.

“Whilst the details are sketchy at the moment, the tragic deaths of these three people, one being an Australian, just highlight the need for motorists to be more aware and respectful of cyclists on our roads and obviously that’s not just in Australia but all around the world.”

“Everything she did with athletics she worked really hard to achieve,” he said.

“She didn’t have a natural flowing style, but just through sheer determination she achieved the results she did and went on to represent the state at national events.”

A spokesman for the Department of Foreign Affairs and Trade says consular staff from the Australian embassy in Madrid are assisting the woman’s travelling companions.

Australian officials will offer assistance to her family in WA.