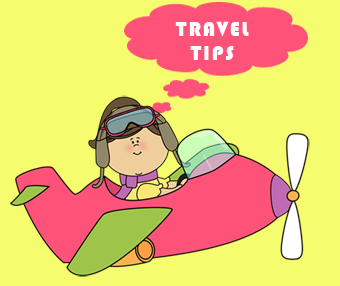 This post is long overdue and it has been 4 months since we experienced a canceled flight. It was our first time.

Many times, we dealt with delayed flights and transfer of airplanes but this is only the first time we experienced a canceled flight via Philippine Airlines last July 29, 2013 bound to Manila from Laoag, Ilocos, Norte Philippines.

It was a rainy afternoon and the first announcement was the flight is delayed. The plane arrived almost an hour after our original departure time. We were immediately embarked on the plane and when everything is in place, the pilot started to take turn for take off when the engine suddenly shut off. It was not really scary at first but after several power shut down, people are starting to ask questions. We knew something is happening and the plane is in trouble. We have been inside the plane for almost 30 minutes (if my memory serves me right). The plane’s AC fog (I don’t know if my term is correct,  it’s the white smoke) started to thicken and some people, especially the oldies are starting to panic. The crew comforted them and started offering water. Then, we heard the pilot announced that the the flight will be canceled — no specific details of what happened but it’s obvious that it was due to the engine trouble.

So we left the plane and waited for the next announcement. It was almost an hour that we waited for the announcement confirming that a mechanic will come from Manila and expected to arrive at 6 AM the following morning. People get pissed off and started to build lanes at the PAL counter.

The first announcement was vague and because we really want to go home, my Honey and I were second to the line of people asking what will happen to us. We are just vacationers and unlike the locals there, we don’t have any choice but rent a hotel if we will take the first flight the next day. Many people insisted that they should provide us with free accommodation and food. We are really hungry.

After a matter of time, realizing that we can’t get anything certain from the officials of Philippine Airlines, we decided to book to Cebu Pacific. My Honey and I split lanes. He took care of the booking while I did the talking with the PAL officials. Hon is next in line for payment when we learned that they don’t accept credit cards for payment. It was really devastating. We are just so lucky that we have extra cash to pay for it. We need to act fast since the line is getting longer and the airplane seats are almost full.

As I was talking to PAL’s official after Hon has secured our seats in CebuPac, he mentioned that there had been an arrangement  between them and Cebu Pacific. But since only few people can be accommodated, this agreement was not announced. So I immediately asked for a refund since we paid the fare using our own money. Again, we are so thankful that they refunded to us the amount of air fare in cold cash. We learned that others did not even get anything and just went to the accommodation that PAL provided.

1. Don’t easily trust the airline officials announcement. The most that they can do, they will hide information from you. You need to be alert and think fast. Lucky us, we’re two heads.

2. PAL provided an accommodation but we decided not to avail. Their announcement of the time that the mechanic will arrive is changing over time. Reading between the lines, we see no certainty of the time that we can leave the airport.

3. Check the next available flight immediately. There were only two airlines flying to Laoag and Cebu Pacific’s time is later than PAL’s. It’s a good thing that we were able to secure our seats.

4. Always have spare money with you. We met some passengers who are begging for PAL to refund their fares so they can ride the bus going to Manila. Nothing has been given to them and so they did nothing but avail PAL’s offered accommodation. I did not see any ATMs inside the airport at that time. It would also take more time if we still need to find one.

5. Make sure your cellphone has enough battery and load. In our case, my siblings are waiting for us to arrive in the Manila airport. We have immediately informed them about the problem. Plus, we were able to use our phone to check for some information on the net.

6. Know your rights and demand for a refund.

I know that officials of the airline are doing their best to calm the people. It’s hard to be in their place. However, it’s harder on our part to see  that officials are moving out of the counter windows, one by one until no one is available to talk to us. Media also arrived in the airport. I guess it’s just a matter of being honest and proper coordination. They also have lessons to learn.

This experience may not be horrible, at least for us but this serves as a lesson do we know what to do when this thing happens again. We are  just thankful that this happened in the PH premises and that we arrived safely and had our money back. Thank, God!