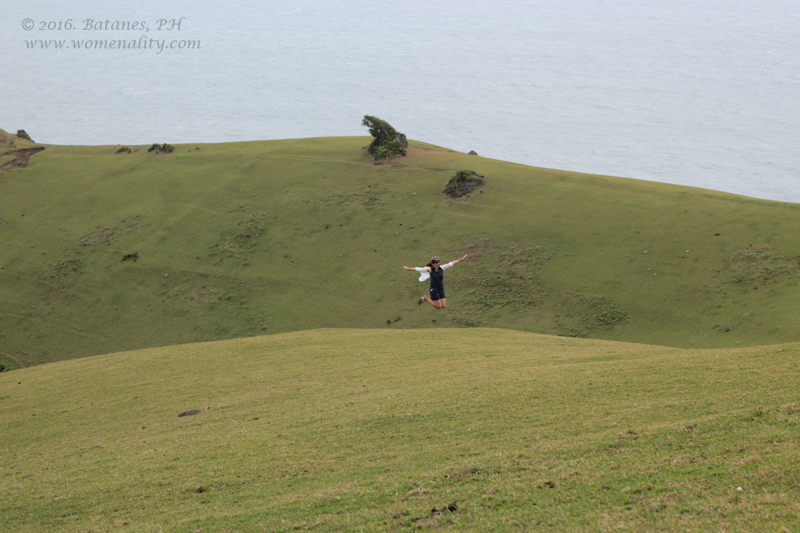 The first time I had a glimpse of Batanes from the plane, I can’t help but stare until we landed. I’m stunned with it’s breathtaking beauty and I’m just so excited to experience and look at it closely.

The weather is fair but the sun is eye-blindingly bright so I’m wearing my shades that morning. Looking through those dark lenses, I’m seeing Batanes like on a postcard.  It’s just too good to be true! I remember praising God repeatedly for this piece of paradise. After a few minutes of inhaling the fresh air and scouting the area as far as where my eyes can see, I immediately took out my camera and did a selfie!

Almost half of Batanes Island are hills and mountains, each having its own beauty and appeal. On this article, I will try to describe the two of the famous hills in the province – the Vayang Rolling Hills and Marlboro Country or Racuh A Payaman.

The Vayang Rolling Hills is located in Basco, Batan Island. With just a little trekking going up the hill, you will be rewarded with green rolling hills and immeasurable sea and sky view. I’ve never seen such in my lifetime so I’m really mesmerized.

Maybe this part of the hill (photo below) is one of the best spots for photo op as it gives you the best of both worlds – hills and the West Philippine Sea / China Sea. Yeah, that’s me posing with liberty — spreading my arms like I own this place!

Everywhere you look is just all green. The trees and shrubs you’ll see on the photo below are protection for land owners’ crops from winds and stray animals and also serve as boundaries of the lot they own. The grass are well maintained by carabaos and cows!

Also located in Batan Island is the famous Racuh A Payaman hills or fondly called as the “Marlboro Hills” because of its comparison to the hills in the brand’s commercial during the 90s. I remember running like a happy child to explore the surroundings. We took a lot (I mean lots and lots) of photos and then stop for a while. I can’t really find the exact words to describe how I feel that time but it’s like love at first sight then suddenly I have to say goodbye. I almost cried when it’s time to leave. We are walking towards our service van when I realized that I need to look back and store as much memories of it in my brain.

So that’s it! Honestly, there’s no need for a lengthy article for these places. Words are not enough to describe the beauty of Batanes. Again, it should be experienced.

2 thoughts on “Batanes’ Hills and Mountains”