Yes! The F4 Fever is Back

I must say that I’m one of the many girls who have been once fascinated with Meteor Garden. At that time, I was in my second year college and my girlfriends and I used to cut our classes just to watch the 5:30 episode of Meteor Garden. I bet you, it was really a craze. And I think, I’m rekindling those moments again with the launching of Boys Over Flowers.

I’m working now and after 7 years (I think), the “kilig” and excitement to see what will happen next to these series is still the same. I think the Koren version is now available in DVDs (pirated) har har. But I would still love to watch the Tagalized version.

So what F4 is the most “kilig” groups? I found an image from www and I’ll be posting it here. Sorry, I can’t remember the site but I would like to thank you though. 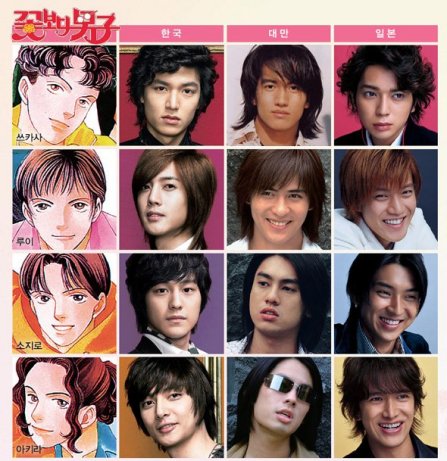 I’m still a solid Jerry Yan’s fan but I would say that the Korean F4 is cuter than the Taiwanese F4. I know that most fanatics would also agree with me. I haven’t watch the Japanese version but still, I think Korean F4 tops them all.