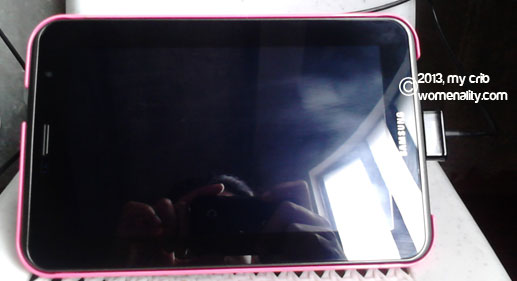 When I lost my two cellphones (which my Honey gave) last October 28, 2012 in SM North Edsa, I really got so upset. And so he is! Nevertheless, after a week, I received a new cellphone from him, the Sony Tipo.

All the while, I thought it was the replacement for two cellphones because it’s dual sim until December comes. I received another gift which is this Samsung Galaxy Tab 2.0. with phone function. I also got the privilege of choosing my own book cover. And because I’m Kikay, I chose this hot pink Karapace book cover from Capdase. It’s my Honey’s Christmas gift in addition to our supposedly 4th HongKong Tour this week.

I just love it!