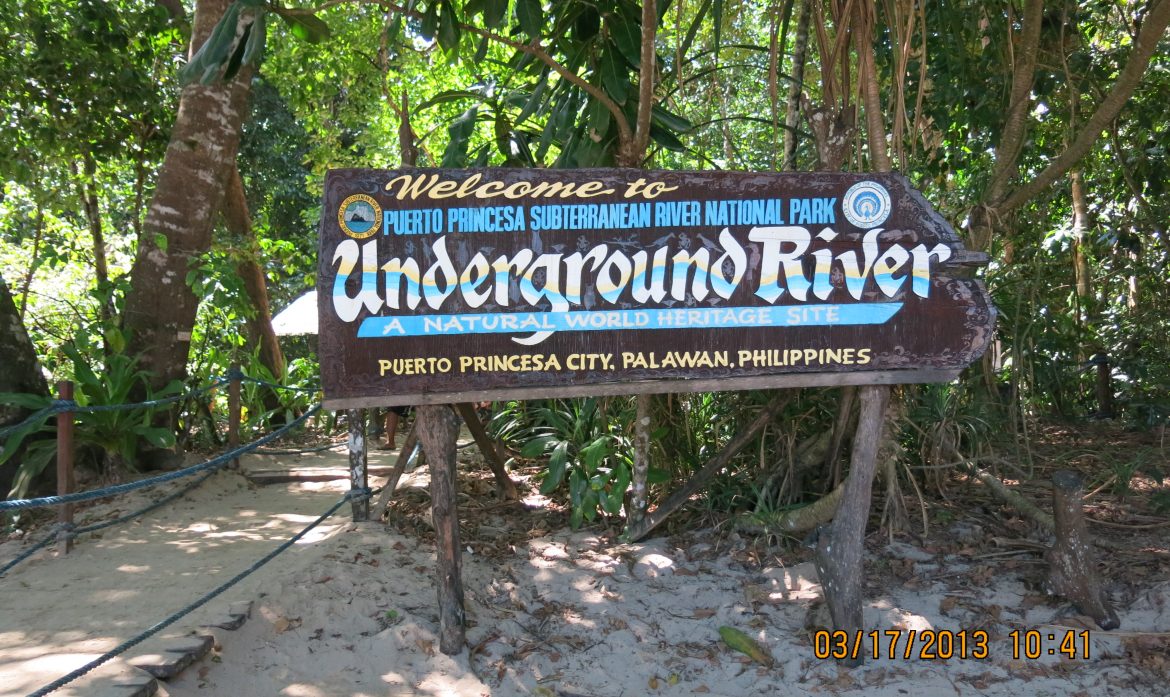 It was my 32nd birthday when my Honey and I finally met with the new 7 Wonders of Nature – our very own Underground River in Puerto Princesa, Palawan. It was an awesome and truly memorable birthday celebration.

This shot is the entrance of the Underground River.  In front of us is a couple (American with Filipino wife).

Here are some photos inside the Puerto Princesa Underground River. The stones are called stalactites and stalagmites which has been formed over the years by nature itself into different shapes like giant mushrooms, the first Holy Family, carrots, corn and all other usual stuff surrounding us according to our ever funny bangkero/guide.

Meeting this wonders of nature is incomparable to none. I’ve seen so many places but I was never amazed and damn proud to know that this place is in the Philippines. Truly, it deserves to be a world heritage. Visit my Google + Photos to see more.

And I got some tips when you’re inside the Puerto Princesa Underground River. I hope these things could help you in your travel planning.

1. Bring anti mosquito sprays/lotion/repellents. Some says that Palawan is known for Malaria. But Puerto Princesa is one of the conserved areas in the province and I affirmed that we barely felt some insects bites especially inside the Underground River. We just brought an anti mosquito spray, just to be sure and be protected from other insects, too.  It’s actually a necessity during our travel related to nature. I saw many stores selling this too.

2. Wear something that’s comfortable and easy to dry. You’ll be traveling by sea and river. I guess, no need for further explanation.

3. Bring the camera that best works on dark areas. It’s a rare experience to see something like the Undergound River so make sure that you capture every scene. Remember, in addition to experience, photos are the 2nd best souvenirs.

4. Bring sarong, if possible. The wind inside the Underground River is cold. Good thing we bought sarong from the port while waiting for our boat and we used it as a wrap around in our legs. It’s also a nice weapon from the strong ray of sun.

2 thoughts on “What’s Inside the Puerto Princesa Underground River”